The Manifestation of QE Theory in Practice: Did it Work in Restarting the Economy as Touted?

This article examines an unorthodox monetary policy used extensively in the Global Economy in the great recession of 2007-2012, referred to as Quantitative Easing (“QE”), to purportedly stimulate a globally depressed economy. The introduction will present a thorough description of its definition and history, including the various central banks which implemented this policy throughout the globe. The article is providing an analytical comparison between the purported effects of QE and its actual manifestation in practice; i.e. reasons for this divergence, limitations of QE policy and its effectiveness. Certain data presented in this section will challenge the much touted claim by the mainstream media that QE has succeeded in restarting the economy. In contrast to general consensus, this data downplays the prominent role QE was given credit for, in lifting the economic growth into positive territory during the great recession, in light of the various policy choices undertaken simultaneously. The author attempts to demonstrate viable tweaks or alternatives to the current format of QE, such that financial resources are utilized in the most efficient manner possible. Finally, the author is examines the critical claim that QE is simply another terminology for deficit financing/monetization of debt, possibly invented by policy makers and media associations to detract the populace from the true unstated purpose of this policy. That it is a policy aimed at financing the deficit and enriching the bankers rather than to stimulate the economy as pronounced. Finally, in the conclusion, the article will culminate with a clear message, that irrespective of consensus claims that there is no viable alternative to the QE policy to save the economy, the solution is plain and simple: “Just as the policy makers and their backers had no empirical evidence to suggest that pouring money onto bank balance sheets would stimulate the economy by keeping afloat wretched banks and institutions, then the same could be said for pouring money on the populace, via for example, certain social security payouts or any other form of incentive. After all, it is the government’s duty to distribute the resources more efficiently, rather than act as the guardian of the private property of a certain high end group of individuals and corporations with certain private interests. A fairer approach should entail a design that takes into account the collective, and to try to align the interests of these powerful elites with those of the general populace. 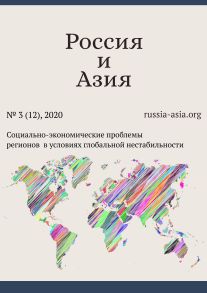